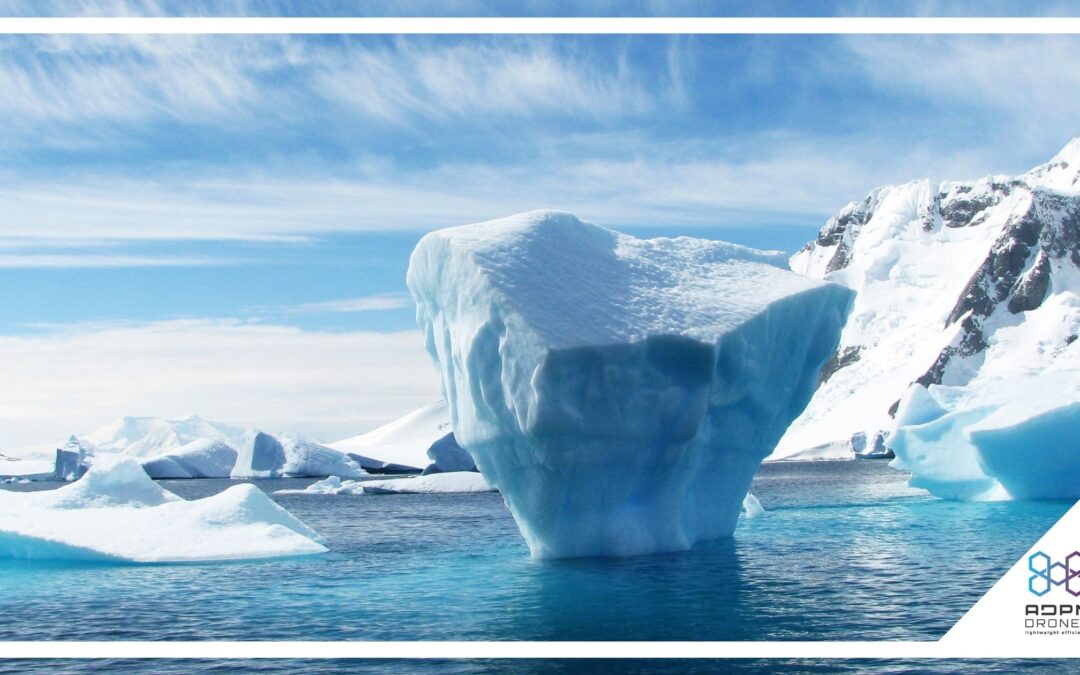 ADPM Drones’ innovation at the service of the National Research Program in Antarctica.

Four months after its launch last November, the 2021-2022 summer campaign of the Italian contingent in Antarctica came to an end. 220 technicians and researchers participated in the 37th Italian research expedition, the first in which scientific and logistical activities fully resumed after the restrictions imposed on previous missions by the health emergency. On the record, more than 50 research projects were carried out at the Mario Zucchelli and Concordia stations, at some foreign bases and on the icebreaker ship for oceanographic research “Laura Bassi”.

The Italian missions were managed by CNR (National Research Council) and ENEA (Agency for New Technologies, Energy and Sustainable Economic Development”), the first being in charge of planning and scientific organization, and the second taking care of planning logistics and controlling all the activities necessary to carry out the scientific research and to ensure a good stay of the personnel at the base. Among the companies that supported the work of ENEA with the Antarctic Technical Department, headed by Gianluca Bianchi Fasani and Alberto della Rovere, is ADPM Drones which has played a strategic role in supporting the activities of ENEA.

As part of the partnership with Telespazio dedicated to the integration of terrestrial and satellite communications, ADPM Drones has developed and produced the D-COM-BOX, which can monitor the sensors of the systems of the various scientific facilities in the Mario Zucchelli base. A solution, therefore, that’s not only capable of controlling the operation of the various instruments used by the researchers, but also, and above all, capable of adapting to the extreme conditions of Antarctica, where temperatures can reach -80 °C and there’s no possibility of communicating in a bidirectional mode except by satellite.

ADPM Drones has developed the software part for monitoring the sensors and remote control of the five boxes shipped, so that any failures or malfunctions can be resolved at any time through updates or the implementation of additional customized functions.

“This was a huge challenge for our company. A challenge that was significantly dictated by the tight deadlines and the extremely hostile environmental conditions of the Antarctic. Being able to keep all of the equipment under control and guarantee constant monitoring, also at the end of the expedition, which was not a requirement in previous missions, is a huge result that would have been unimaginable until a short time ago.”
– Luca Brizzi, Executive President and Head of R&D at ADPM Drones.