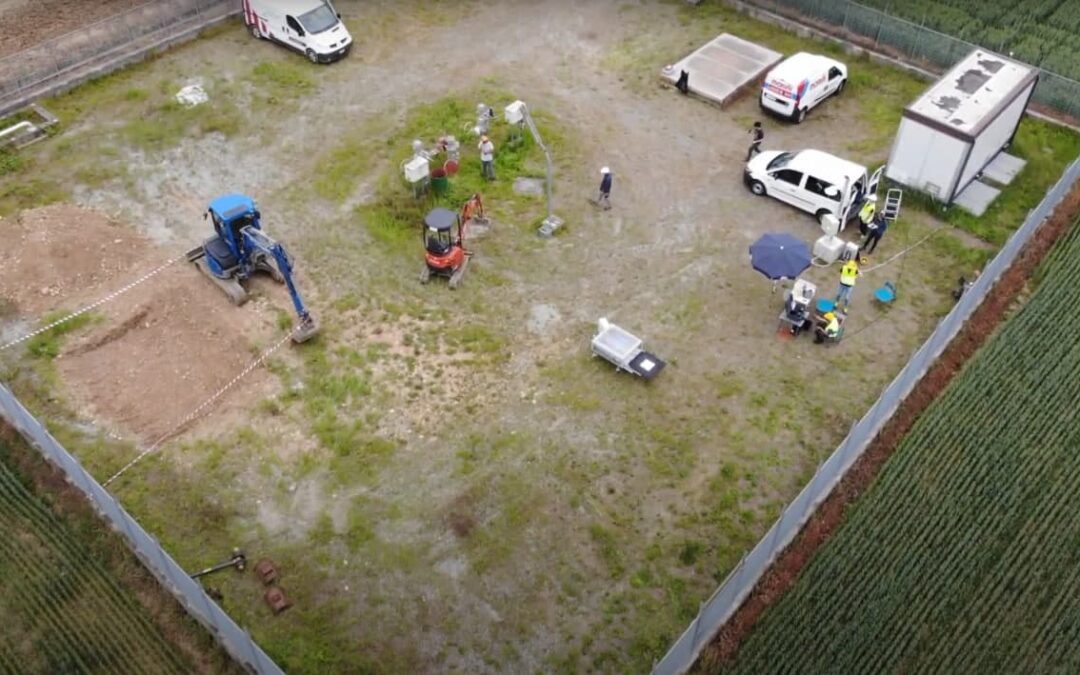 The SecureGas project, dedicated to securing the gas distribution network in Europe, has ended. An initiative funded by the EU and led by RINA, coordinator of a consortium of 21 companies, including Leonardo and Eni. Alongside the latter, ADPM Drones came into play, with a Hangar installed at the site managed by the Italian multinational’s Logistics Department where the pipeline is located: a 100-kilometer-long infrastructure running from Chivasso, in the province of Turin, to Pollein, in the province of Aosta.

With its fast-charging system and built-in intelligence, Hangar enabled autonomous management of the entire flight process: monitoring of weather conditions, automatic landing and takeoff, scheduled and on-demand missions. Weather conditions were acquired from an ENI weather station via API and integrated into the device’s workflow.

In the tests Hangar was used in different operational scenarios that involved deploying in fully automatic mode the hosted drone, with the supervision of a remote operator: predefined patrol flights with RGB 4K camera and others with thermal camera, but also on-demand flights with both RGB 4K camera and thermal camera. All collected data were sent in real time and each flight was recorded and stored remotely with all system information to keep the flight log automatically updated.

Speed and ease of use are two of Hangar’s features that made the drone pilot’s job easier, leaving him in control of the camera to have a complete view of the patrol area.

With a control system capable of handling multiple devices distributed over the territory, so as to monitor large areas and strategic points, extending the operational range of the drone before activating it, Hangar ensures the execution of several operations.

The first is the automatic opening and closing during the departure and arrival of the drone, then there is the safe release of the UAV, protected from weather events. This is followed by the analysis of weather conditions to determine whether it can be flown and integration with the Unmanned Aerial Vehicles Traffic Management (UTM) platform for flight clearance control and live tracking, as well as charging the drone’s battery.