Italian cities safer thanks to drones 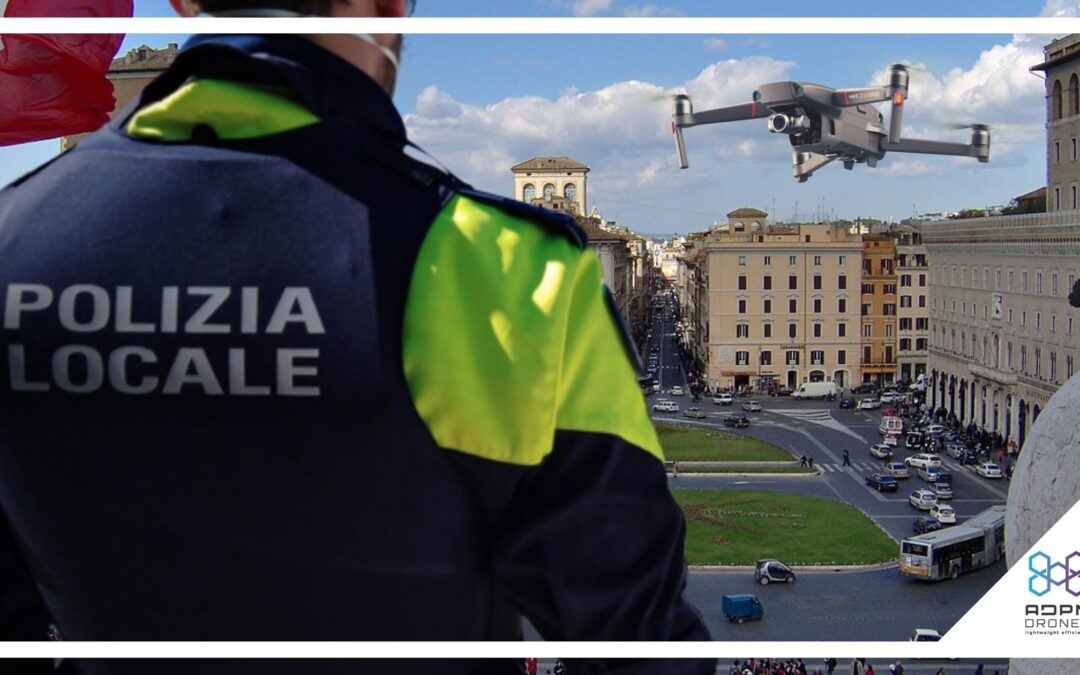 Italian cities use drones to improve public safety. With two products from ADPM Drones you can achieve even more

Safety is one of the main applications drones are used for. In any kind of place, a large area, a crowded site, Unmanned aerial vehicles allow effective monitoring, optimization of resources and cost savings for the control of the territory compared to traditional tools.

The proof comes from the use of drones by law enforcement. According to data provided by D-Flight, an Enav group company dedicated to UAS air traffic management, published by Roma Drone, there are 184 Italian cities that use drones for public safety. The list includes large cities, such as Rome, Palermo and Turin, but the majority are small and medium-sized centers distributed throughout Italy.

The combination of the effectiveness of UAVs and the investment required to purchase one or more models is one of the benefits that have led law enforcement agencies to focus on small aircraft. This allows them to optimize resources and save time in performing a number of important tasks, such as traffic management and the discovery of illegal activities.

ADPM Drones offers solutions to expand the benefits and potential uses of drones for public safety. These range from rapid reconnaissance for traffic accidents or construction abuse, to surveillance of national parks and places that attract large crowds. But also fire prevention and control using thermal imaging, searches for survivors, inspection of hazardous sites and portions of the territory to be reconstructed using orthophotos and 3D models. Drones can also simplify surveillance of large areas that host sporting or musical events, as well as sensitive infrastructure and photovoltaic fields.
Portable Control Station, the case that speeds up and simplifies drone management
In all of the above cases, the Portable Control Station (PCS) allows you to speed up activities and gain valuable time. Specifically, in addition to transporting and managing the drones along with the accessories necessary for the operation of the systems, the briefcase developed by ADPM Drones guarantees the live display of video streams (visible and thermal spectrum) and the encrypted transmission of the video to the operations center. A process that also allows sharing sessions between the operator on site and other users, with the immediate sharing of information (images and video), collected by the drone.
Inside the PCS there is a 9-inch tablet with dedicated application, a GCS control panel and 2.4 GHz radio control system, 160 Wh lithium-ion battery and BMS with autonomy ranging from 8 to 12 hours and IP67 certification for total protection against penetration by solid bodies and dust, as well as resistance to immersion in water for up to 30 minutes at a depth of 1 meter. A package of a useful system to get immediate results in flights for the control and safeguard of territories and critical infrastructures.
Hangar, the drone station to use in every situation
An accessory to take full advantage of drones and facilitate their use. This is Hangar, the station that autonomously manages takeoff, landing, charging and data transmission, developed by ADPM Drones. Able to manage both commercial drones and drones based on MAVLink protocol, Hangar is able to read and ‘translate’ the commands in the language preferred by the drone chosen by our customer. Versatile and plug-and-play system, the product is natively integrated with UTM systems and platforms, video surveillance, fleet management and GIS data management.
These features make Hangar an important tool for those who carry out security and anti-intrusion activities, monitoring for maintenance and management of their physical assets, but also activities of analysis of environmental values, such as air quality and land conformation. To facilitate and simplify the use of Hangar, moreover, is the possibility of choosing between some available presets or proposals that ADPM Drones makes according to the customer’s needs. The available solutions also change according to the place of installation: mountain, desert, city or on the roof of a building, because the environmental conditions do not prevent ADPM Drones from identifying and implementing tailor-made solutions.